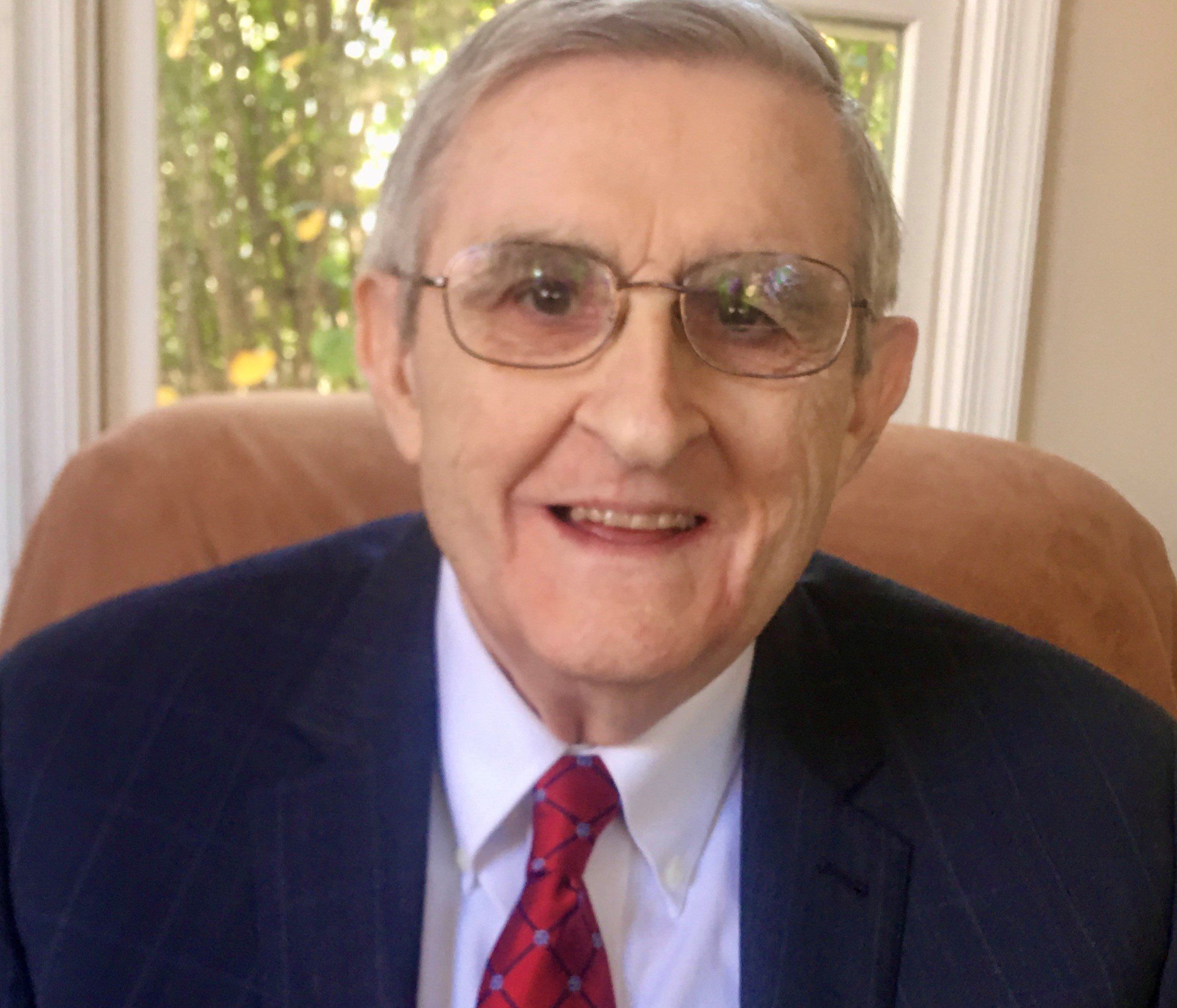 The Legacy of Dr. William Hogan

“If we ignore this question of “What is man?”, we can find easy solutions by suppressing part of the problem. We can suppress the question of whether the infant within the womb is a member of our humanity.” – William Hogan, M.D. (June 1970)

On the anniversary of Nellie Gray’s passing, March for Life employees Katrina Gallic and Ann Clare Levy had the opportunity to sit down with her friend, and one of the original allies of March for Life, Dr. William (Bill) Hogan. That afternoon we discussed the pivotal events in the history of the March for Life’s founding and the impact Bill has had on the pro-life movement over the past six decades.

From the earliest moments of his medical career as an OBGYN in the 1960s, Dr. Hogan placed the loving care for expectant mothers and babies at the heart of everything he did.

As his reputation as a caring physician grew, he often received as patients mothers in vulnerable situations. Recalling a story from his practice, Dr. Hogan spoke of a young woman who came to his office covered in the muck that only comes from years on the streets. She had been homeless for some time and was now pregnant due to rape. After several doctors strongly recommended she have an abortion, she came to Dr. Hogan, hardly speaking but adamant that she give birth to her child. Over the next months, Dr. Hogan cared for this woman and her child, treating them with dignity the other doctors did not. She went through a normal pregnancy and delivered her child without difficulty. Because of the challenges of her situation, she decided that the best thing for her son was to place him with a loving family through adoption. As was the case with many of Dr. Hogan’s patients, she was unable to pay for her care. But come Christmas, the woman returned to Dr. Hogan’s clinic with a gift, a shoebox of broken cookies in crumpled old wrapping paper. Dr. Hogan nearly choked on his first bite of the cookies, but the thoughtfulness of his patient who had practically nothing, yet still gave what little she could, brought him to tears. In telling the story, he states, “I was well paid for my care of that young woman.”

On another occasion, a woman came to him by mistake thinking he was an abortionist. He gently tried to dissuade her from her decision to abort by describing the development of the little baby growing within her.  The woman angrily stood to leave, but Dr. Hogan pleaded gently, “I know you’re under a lot of stress, but will you please come back tomorrow?” To Dr. Hogan’s surprise and joy, the woman returned. She remained as a patient until she gave birth months later, after which she made the courageous decision to place her child in a loving home through adoption. Years later, Dr. Hogan received a call from the woman, announcing she was now married and just found out that she was expecting, telling him, “I wanted you to be the first to know!”

Dr. Hogan’s medical career was filled with moments like these, as he brought to light the humanity of pre-born children by showing dignity and compassion to their mothers in need.

By 1968, the abortion issue was reaching its boiling point in America. Seeing the shifting culture in his medical field, Dr. Hogan knew he had to do more to give a voice to his pre-born patients. In response to this need, he along with other pro-life doctors, formed the American College of Pro-life Obstetricians and Gynecologists, after over 40 years they are still an instrumental organization in the pro-life movement. Working together with fellow pathologists and obstetricians throughout Washington, D.C., Dr. Hogan was one of the first to collect a portfolio of photos depicting the development of life in the womb and photos of pre-born babies killed by abortion. In the years to come, Dr. Hogan would present these photos at countless medical conventions, legal hearings, and congressional meetings, imploring our nation to see the humanity of the unborn.

In those days, sonograms were rare and few ever saw the hidden life of pre-born babies. For many viewing these photos of abortion victims was the first time they ever saw an image of the unborn. Dr. Hogan’s own brother, Congressman Lawrence Hogan Sr., was not convinced of the importance of fighting against abortion until Bill showed him these photos of abortion victims. Moved by the horrific truth he saw in those photos, Congressman Hogan Sr. became ardently pro-life. He went on to write and introduce the Human Life Amendment which definitively states that the right to life extends to our first moment of existence in the womb, and defend it alongside his brother, Dr. Bill Hogan, in the halls of Congress. Dr. Hogan recalls that his brother Congressman Hogan Sr. gave one of the first speeches at the first March for Life in 1974. Until he passed, Congressman Hogan Sr. credited his brother Bill’s witness to inspiring his courageous advocacy for the unborn.

Around the same time in the 1970s, Dr. Hogan was met to another vibrant voice in the growing pro-life movement, Nellie Gray. The pair, along with other pro-life activists, testified on behalf of the unborn at state and federal legislatures. This group of early pro-life leaders, including Anne and George Higgins, met on a monthly basis in a community center basement to form an action plan for their grassroots movement to combat legalized abortion. Dr. Hogan brought his medical expertise to the service of these pro-life advocates, helping them combat the lies of pro-abortion lobbyists. In those meetings, the idea for a national march was sparked, a march for life were voices from every corner of the United States could come together in defense of the unborn and the right to life. After the tragic Roe v. Wade decision, Nellie brought the idea to life, beginning the annual March for Life in Washington, D.C. on the anniversary of Roe v Wade on January 22nd, 1974.

Forty-eight years later, the March for Life is proud to continue the legacy of these early pro-life heroes that dedicated their lives to defending the lives of others. Like Dr. Hogan, the pro-life movement continues to show compassion to women in need, speak the truth in a world that so often rejects it, and march to defend the defenseless.

“The Right to Life movement is one of the most important movements in human history by virtue of its defense of defenseless human life.” – William Hogan, M.D.

March for Life is honored to bestow the “Pro-life Legacy Award” to this year’s Rose Dinner guest of honor, William Hogan M.D., in recognition of his life-long commitment to providing affirming medical care for women, and upholding the profound dignity of the unborn child.

For more information about the Rose Dinner, go to marchforlife.org/annual-rose-dinner/