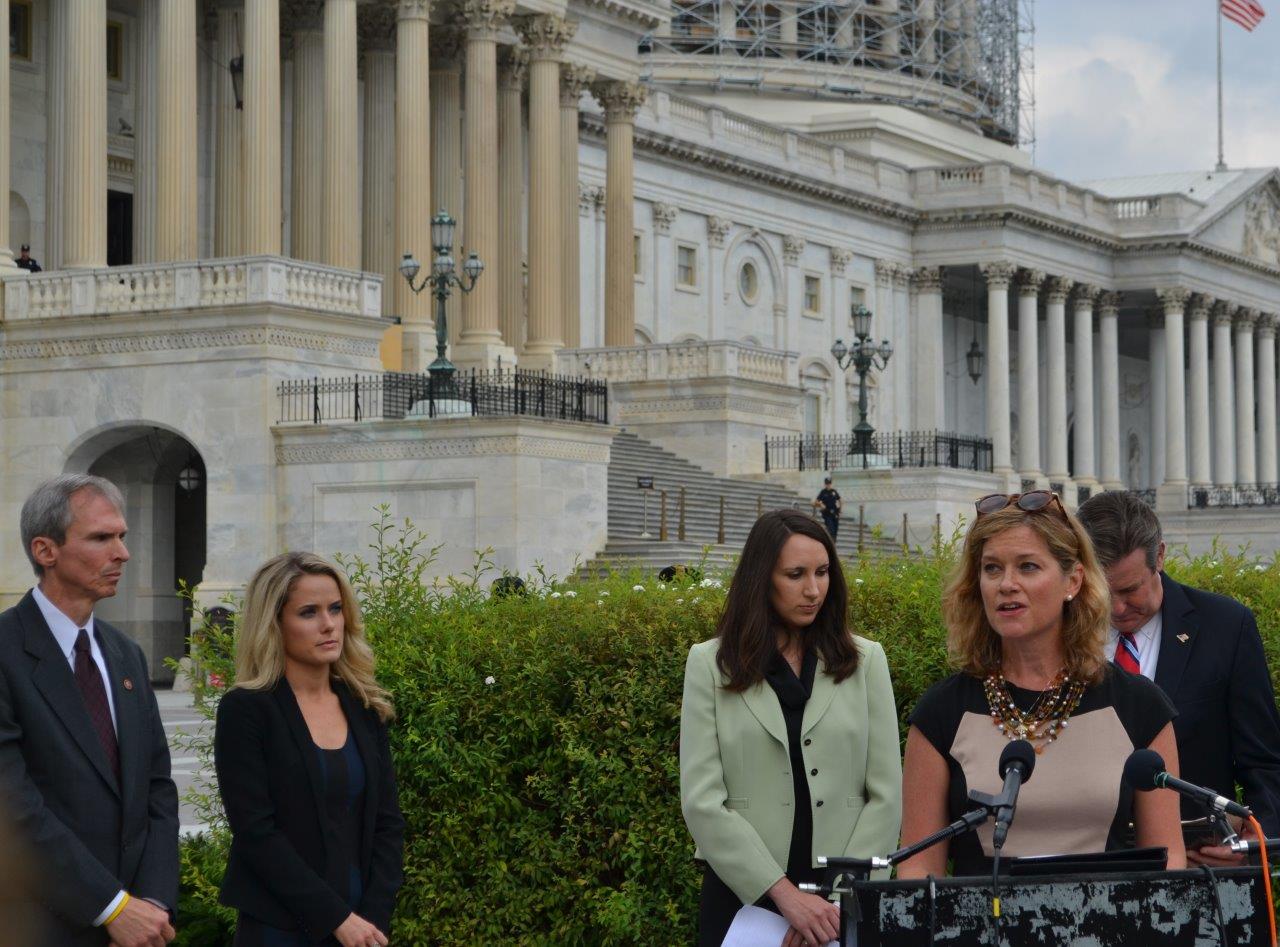 This week the non-partisan Government Accountability Office (GAO) issued a report confirming what pro-lifers have been warning since 2010, your tax dollars are funding abortion through the Affordable Care Act (“Obamacare”).

Today, the March for Life participated in a press conference calling attention to this broken promise and calling on the Senate to act. Read Jeanne Monahan’s remarks below:

Thank you to Mr. Pitts for sponsoring this important press conference and to all of the Members for taking time during such a full moment to discuss this critical report.

We probably all remember well the March of 2010 when the entire passage of healthcare law hinged on abortion coverage and support. The bottom line was that if abortion was included in the healthcare law, it wouldn’t get the support it needed in Congress to pass. In those intense days President Obama promised that abortion coverage would not be included in the healthcare law. He even went so far as to imply that Hyde protections — the established pro-life protections since the late 70s would remain status quo in the law.

Today we stand here to say that nothing could be further from the truth.  We have known that but for those who were confused by the 1000+ pages in the bill and the very confusing rollout of this law, please read this GAO report and take it to heart. There is without a doubt abortion in the healthcare law. This report is about the state exchanges, but abortion is included in other ways. The largest expansion of abortion since Roe vs Wade.

For example, consider the HHS mandate forcing groups like the MfL to cover drugs and devices that can destroy life in its earliest stages. The March for Life is a non-religious, non-partisan, non-profit organization dedicated solely to protecting human life in its most vulnerable stages. But because of the healthcare law we are being forced to cover abortifacients in our healthcare. We refuse to do that. And so we are now engaged in litigation fighting this injustice.

This summer the SCOTUS showed us that America still has all three branches keeping each other in check. With that hope we ask you to call your Senator to ask them to support HR7 and right the wrong of the Obama Administration and their broken promises.