March Forth: The Original Pro-Life Feminists

March Forth: The Original Pro-Life Feminists 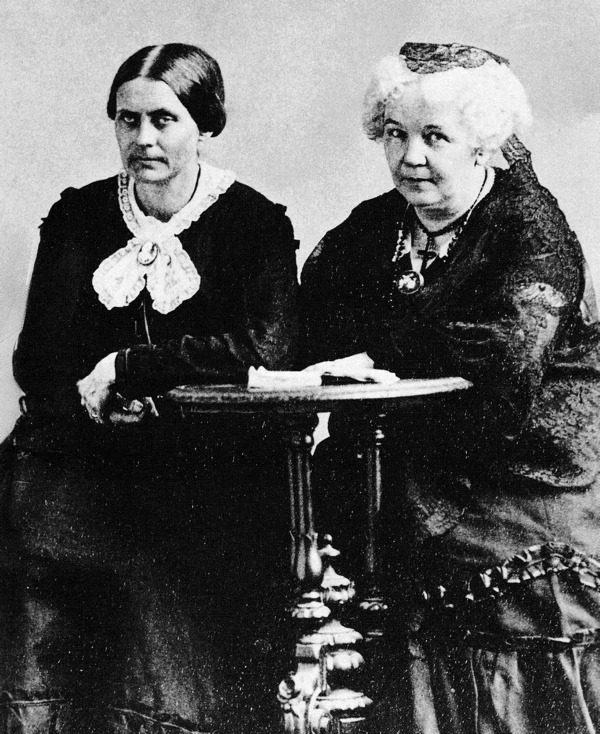 For Women’s History Month, Feminists for Life President Serrin M. Foster illuminates our pro-life feminist history and context for the March for Life.

I am often asked by students if abortion is necessary for women to achieve equality in the work place. Absolutely not.

All people are equal. All choices are not.

Consider for a moment all the landmark reforms that our feminist foremothers, who opposed slavery and abortion, achieved in their struggle for equality in the last half of the 19th century.

In a peaceful revolution led by Susan B. Anthony and Elizabeth Cady Stanton,  women won the right to keep their own earnings, sign contracts, sit on a jury, testify on their own behalf, to secure a divorce if a husband drank the family’s income away or physically abused his wife (the courts did not recognize marital rape) and share custody of their children. When these two feminist foremothers were born, women were not admitted to college. By the time suffragists successfully argued admission to colleges and universities, they started down the path to equal opportunities in the workplace.

Even less well known, anti-abortion laws enacted in the latter half of the 19th century were a result of the advocacy efforts by feminists who worked in an uneasy alliance with the male-dominated medical profession and the mainstream media.

Abortion was common in their day. The early feminists understood that, much like today, women resorted to abortion because they were abandoned or coerced by boyfriends, husbands or parents and lacked the financial resources to have a child on their own.

Susan B. Anthony urged the movement to address the root causes that drove women to abortion. Elizabeth Cady Stanton called abortion “child murder” and compared it to neonatal infanticide. The first woman to run for president of the United States, Victoria Woodhull, declared that “the rights of children, then as individuals, begin yet while they yet remain the foetus.”

The same women who fought for the rights of slaves to be free and women to vote also fought for our right to life.

Susan B. Anthony and Elizabeth Cady Stanton passed the torch to two more generations before women’s suffrage—their most cherished goal—was realized. By the time the struggle ended, women had suffered greatly for what too many today take for granted—or sadly, don’t exercise at all.

In March of 1913, a young suffragist named Alice Paul organized a magnificent pageant to parade down Pennsylvania Avenue in Washington, D.C., the very same route taken by millions of pro-lifers over the years for the March for Life. Women dressed all in white were led by New York attorney Inez Milholand Boissevain  , who was dressed like Joan of Arc on a white horse. At the end of the parade women were pulled off their horses, grabbed by jeering men as police stood by smirking. By the time the cavalry had been brought in to restore order, 100 people were hospitalized—but not one man had been arrested.

Later, a perpetual delegation of dignified, silent, peaceful protesters was organized by Paul to hold vigil outside the White House. Angry men tore their banners down. Alice Paul was knocked to the ground by a sailor and dragged down the street.

Another man tore a woman’s blouse off in order to remove her purple and yellow suffrage sash as the police looked on. Later the women were arrested and forced to remove all their clothing—one by one—in front of a company of men, and incarcerated for days, weeks, or months at time. They were fed infested food and rotting horsemeat. Their mail was cut off and they were made to perform hard labor. They were terrorized by the guards; one was tossed like a doll headfirst into their prison cells and rendered unconscious. One political prisoner was left handcuffed above the cell door all night long.

Women became more resolved than ever to win the vote—and men in ever increasing numbers began to support the fight for women’s suffrage.

Alice Stokes Paul was successful in her efforts to advocate passage of the 19th Amendment which guaranteed American women’s right to vote. It became law on August 18, 1920.

Paul was also the author of the original Equal Rights Amendment which was unsuccessful largely because abortion advocates linked equal rights to abortion, a notion that Paul found inconsistent. “We had been trying, you know, to get our equal rights platform in, and we had an extremely difficult time, extremely difficult, because all the women’s liberation [supporters] wanting to put in all these other things.” When asked what she thought about abortion, Paul replied, “Abortion is the ultimate exploitation of women.”

Paul told Pat Goltz, (who had been expelled from a NOW meeting in Ohio for passing out anti-abortion literature and cofounded Feminists for Life of America a year before Roe v. Wade), that the early American feminists were pro-life too. So FFL historians set out to research and reveal the anti-abortion sentiments of our foremothers and we have been sharing our original documentation ever since.

The legacy of Alice Paul lives on today as we share our rich pro-life feminist history and march forth in support of women and children who deserve better than abortion.

Serrin Foster celebrates her 20th anniversary leading Feminists for Life of America on 4.4.14. She is the creator of the Women Deserve Better® than Abortion campaign. Her speech, “The Feminist Case Against Abortion” has been recognized as a one of the Great Speeches in History in an anthology called “Women’s Rights.” Read more about our rich pro-life feminist history on Feminists for Life’s website www.feministsforlife.org and Facebook page www.facebook.com/feministsforlife.