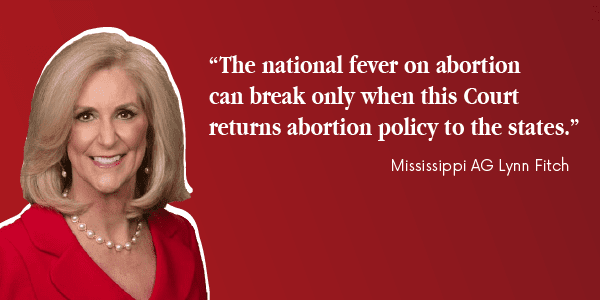 As today’s brief makes clear, updating America’s abortion jurisprudence is necessary and long overdue. The law at issue before the Supreme Court concerns moderate limits on the abortion of a child who has developed past 15 weeks, with a fully formed nose and lips, eyelids and eyebrows – when her humanity is beyond debate. Limiting gruesome late term abortions is compassionate and popular; and the norm in countries that have allowed their laws to catch up with the science. Sadly, right now, the United States is one of only seven countries – including North Korea and China – that allow elective abortion after 20 weeks of pregnancy.”