Equality Begins in the Womb

Equality Begins in the Womb 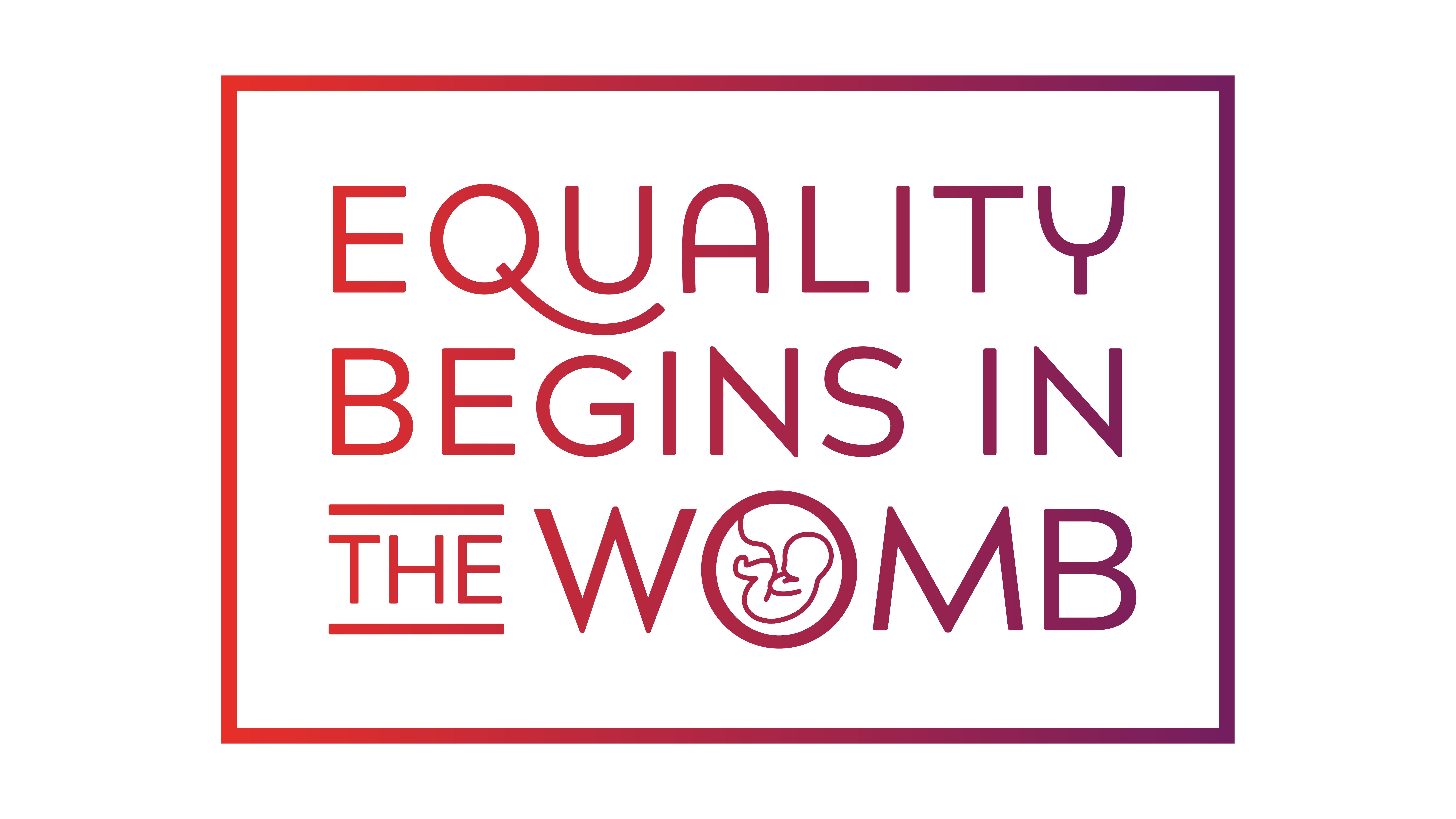 From our nation’s birth, our founders recognized the dignity inherent to all people, making each one of us equal in our right to life, liberty, and the pursuit of happiness. Because of this, Americans have fought for centuries to advance equality for every person, regardless of race, sex, or disability status. It has taken centuries, but discrimination is now acknowledged as unacceptable just about everywhere in America.

Everywhere, that is, except in the womb.

Americans discriminate against children in the womb routinely, and with disastrous effect.

Every year, thousands of mothers like Courtney Baker hear that their child will live with Down syndrome. Instead of giving advice on how to care for children with Down syndrome, or how much happiness these individuals bring to their families and communities, doctors tell parents like Courtney that they should abort them. Their “quality of life” would make them better off dead than alive.

Tragically, at least 67% of American babies with Down syndrome are aborted. While some lawmakers have attempted to prevent such discrimination, abortion businesses like Planned Parenthood have sued to keep these discriminatory practices legal.

Similarly, many abortion activists have fought against limiting sex-selective abortions, even though such abortions overwhelmingly target female children compared to male children. These activists argue that abortion is necessary for women to “participate equally in the economic and social life of the Nation.” They ignore the fact that abortion prevents tens of thousands of girls from participating in society at all.

The upcoming Supreme Court case Dobbs v. Jackson Women’s Health Organization will have a major impact on whether laws that protect these smallest citizens can stand.

Meanwhile, House Speaker Nancy Pelosi’s recent legislative attempt to massively expand upon the status quo imposed by Roe v. Wade would make this discrimination permanent. Her bill would allow mothers to abort her children for no other reason than that they don’t like their child’s sex or health status. Pelosi has attempted to codify discrimination in the womb, and this threatens society even beyond the lives lost to abortion.

Injustice anywhere is a threat to justice everywhere. So also, legalizing discrimination in the womb paves the way for discrimination later in life. It’s inconsistent to send the message that a disability makes a child in the womb “lesser” than their healthy counterparts, but that same disability has no impact on their dignity and worth later in life. And it’s unreasonable to expect such discrimination to magically cease at the moment of birth. By promoting abortion for children with disabilities abortion advocates deny the dignity and worth of all people with disabilities. Similarly, when society sanctions a mother’s “right” to abort her child based on the child’s sex, we are sending the message to everyone that one sex is “better” than the other.

Discrimination, therefore, begins in the womb. If we discriminate between unborn children, choosing who shall live and who shall die based on immutable characteristics, what is to stop us from doing the same to them throughout their life?

Despite the obvious dangers discrimination in the womb poses, pro-abortion activists do not want to stop sex-selective abortions, or abortions based on a fetal disability. Speaker Pelosi’s bill makes that clear. Perhaps they fear that by admitting these abortions are discriminatory, they must also admit that all unborn children in fact have human dignity, and all the rights to which this dignity entitles them—including the right to life.