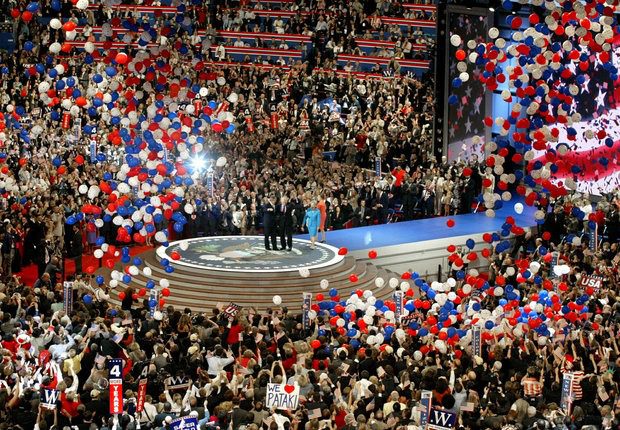 Washington, D.C. – Today the Republican National Convention voted to pass the most detailed pro-life Platform ever – in direct sharp contrast to the draft Democratic Platform which is the most pro-abortion Platform ever.  On the ground in Cleveland to assist the pro-life delegates was March for Life Action Vice President Tom McClusky.  Tom was trained to work on the platform by pro-family champion Phyllis Schlafly, the original author of the pro-life plank for the Republican Party.  Tom has been working on platforms since 2000 and March for Life Action partnered with FRC Action and Concerned Women for America, LAC on the current platform.

“The delegates deserve a lot of credit for creating this document which, in great detail, explains what the pro-life movement is for and just how radical the pro-abortion position is,” said March for Life Action Vice President Tom McClusky.  “For the first time ever the Republican Platform calls out abortion giant Planned Parenthood by name and says tax dollars should not go to subsidize the death industry.  In addition support for bans on dilation and extraction abortions as well as bans on sex selection and abortions based on disability are, for the first time, in the Platform.

Language defending the conscience rights of individuals and institutions was included as well, fitting after the successful vote on the Conscience Protection Act in the U.S. House of Representatives.  In addition, the Republican Platform calls for protection against attacks on the Hyde Amendment.  Since the 1970’s the Hyde amendment has been the firewall preventing certain tax dollars being used to pay for abortions.  The current draft for the Democratic Platform actually calls for the elimination of any restrictions to direct taxpayer funding of abortions, a position opposed by a large majority of people of both parties.

The Democratic Platform delegates, scheduled to meet in a few weeks, should take the cue from their Republican opponents and embrace the election winning pro-life position.

”The March for Life in Washington, D.C., began as a small demonstration on January 22, 1974, the first anniversary of the now-infamous Supreme Court decisions in Roe v. Wade and Doe v. Bolton and rapidly grew to be the largest pro-life event in the world.  The peaceful demonstration that has followed on this somber anniversary every year since is a witness to the truth concerning the greatest human rights violation of our time, abortion.